How it all started...

1935 - The Start
Newport-Mesa Christian Center had its beginnings in Newport Beach as The Full Gospel Church. Services were held in the Allison Building on 22nd Street, and Reverend A. B. Singer was the first pastor.
1937 - Relocation
The building was sold and the members voted to relocate in Costa Mesa to 1806 Newport Boulevard. Three years later, under new pastors, Reverend and Mrs. M. C. Cronic, the congregation moved to a store building at 22nd Street and Newport Boulevard. In the fall of 1941 , construction of a 30' x 60' sanctuary and five classrooms was begun just a block away at the corner of 22nd Street and Elden.
1965 - Groundbreaking
The ground was broken at that location for a 400-seat auditorium. It was about this time that another church, Glad Tidings Assembly of God, was growing in Newport Beach.
1971 - Merger
The church's name was changed to Newport Christian Center and, in 1973 , we merged with the Costa Mesa church. The resulting union became known as Newport-Mesa Christian Center (NMCC). Dr. George O. Wood, pastor of Newport Christian Center, became the pastor of the newly merged congregation. Because of the continued growth in attendance and the lack of seating and education space, a new location for the church was needed.

1981 - Move to Current Location
A lease agreement was reached with Southern California College, now Vanguard University, for six prime acres at the corner of Newport Boulevard and Fair Drive in Costa Mesa. The present facilities were then constructed and the congregation grew to over 1500 adults and children. Newport Mesa's worship center is currently used during the week by Vanguard University for their chapel. In return, the church uses various college classrooms for ministry and spiritual formation purposes.
1988 - Leadership Transition
Dr. George Wood accepted a leadership position within the Assemblies of God and later became the General Secretary in Springfield, Missouri. He is now serving as the General Superintendent. Dr. Jim Bradford served as the Lead Pastor for twelve years (1988-2000.) Dr. Jim Bradford is currently serving as the General Secretary of the Assemblies of God, Dr. Don Baldwin (deceased) served as the Interim Pastor for two years (2000-2002.) Scott Rachels served as Lead Pastor for twelve years (2002-2014) Dr. Bill Dogterom served as the Interim Pastor for one year (October 2014-August 2015.)
2015 - Present
Jordan Hansen now serves as our Lead Pastor. He has led the church to honor the past, but to believe for even greater days AHEAD!  Our mission is to lead people into a growing relationship with Jesus.  Jesus came to, “to seek and to save those who are lost (Lk. 19:10).”  Only Jesus can change the life of someone who calls out to him!

Our vision is to continue to partner with Jesus to lead people to know God, find freedom, discover purpose, and to make a difference in the lives of the people of the coastlands (Is. 42:1-12).  We also have a special emphasis on raising the next generation to know Christ.  We can’t leave our kids and youth behind! 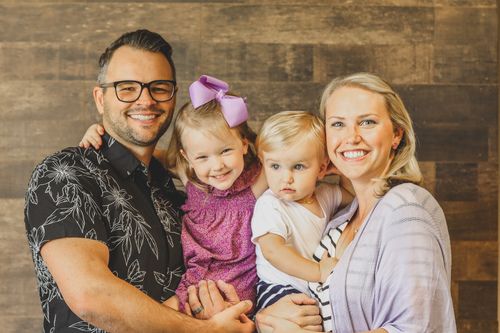 Where we are headed...

We believe that God desires our church to continue to be a catalyst for the people of the coastlands!  From our humble beginnings on the Newport Beach Peninsula to our current context, we have always been a community of big faith, believing for God-sized possibilities in peoples’ lives as we all say, “YES!” to Jesus!  We are currently exploring different opportunities to be an even greater catalyst for change in peoples’ lives through the power of God and hope to begin new faith communities in coastland areas all over the globe.  We will go wherever and to whoever He leads us.  We believe, “YES, Jesus!” is a way of life!

Join us every Sunday as we gather to worship together at 8:45 AM and 10:30 AM
Plan A Visit